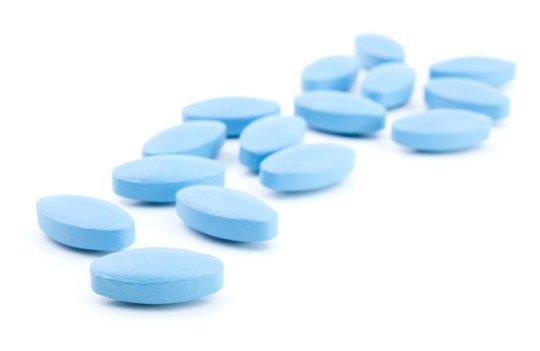 PAH is a brand of MSN labs India, It is one of the well-known manufacturers of generics in India. PAH contains 20 mg sildenafil, a chemical which is also a constituent of Viagra. Thus it is classified as a treatment for erectile dysfunction.

PAH has a dose on the lower side for the treatment of erectile dysfunction (ED). For treatment of impotence or ED, most people will need to take 2 tabs at least (40 mg), as the minimum effective dose for this indication is 25 mg. Since this product is well priced, so for most people taking 2 tablets should not be a big problem, though little uncomfortable.

PAH contains sildenafil, this molecule started its journey from being tested for a cardiac disease called angina but wasn’t found effective in it, so it never got approved for angina. But accidently during the trial, it was noted to improve sexual life, and thus it became most known drug for treatment of ED. Since this drug is a mild vasodilator, it was later also found to be an effective treatment for pulmonary arterial hypertension (often shortened as PAH), other indications for this versatile drug are still being studied [2].

This does not mean that this tab will not help in ED or impotence. But all it means is that this dose is not enough for ED, and one needs to take at least 2 tablets together

Though not very old, this company can definitely be classified as one of the fastest growing companies in the pharmaceutical sector in India. Its manufacturing facilities are Indian FDA approved and MSN Labs
through its partnership network is operating in more than 65 nations globally. MSN Labs is actively doing business in the US, Europe, Latin America, Middle-East, Asia Pacific, Africa and CIS markets. The company is presently offering more than 200 APIs & 120 Formulations covering 35 major therapies [3].

At present, it is directly employing more than 3500 people, which is a proof of its tremendous growth in a little more than a decade.

The company has many achievements to be proud of, especially considering the short time period in which all this has been established. Today, MSN Labs has a huge list of international approvals for its manufacturing facilities like US FDA, PIC/S, WHO: GMP, EU: GMP, INVIMA, and ISO 9001:2008, to name just a few of them [4].

It is not secret that erectile dysfunction (ED) is often caused by low testosterone level in men, that is why It becomes more common with growing age. After Middle Ages, the arteries also become less flexible, and their diseases is another factor contributing to the rising problem of ED. Since ED is caused by many factors working against us, it is no surprise that some of the people fail to respond to the treatment with sildenafil. Aversa A et al. in the clinical study called “Androgens Improve Cavernous Vasodilatation and Response to Sildenafil In Patients with Erectile Dysfunction”, proposed the use of a short-term therapy with testosterone along with sildenafil. 20 subjects took part in the study, with ED of arterial origins. They used the Doppler to study the arterial blood flow to the penis before and after the therapy. To measure the benefits of sildenafil in ED, international Index of Erectile Function (IIEF) and Global Assessment Questions (GAQ) were used. After one month of the therapy, levels of testosterone and free testosterone improved, and so did the blood flow to the penis, IIEF and GAQ scores also demonstrated significant improvement in erectile function. This study concluded that in arteriogenic ED with a low level of male hormones, short-term therapy with testosterone will improve the response rate to sildenafil [6].

Alcohol is most commonly used a recreational substance with complex cardiovascular effects, and more and more people are using sildenafil as recreational substance too. Many people using alcohol for a long time suffer from ED. So, it is common to ask about the safety of sildenafil along with alcohol. Though alcohol can have many side effects, and hence not recommended to be taken with any medicine. But in the trial by Leslie SJ special focus was the cardiovascular safety of alcohol when taken along with sildenafil. The study was called “No Adverse Hemodynamic Interaction Between Sildenafil and Red Wine”. In the trial, healthy men were given 100 mg sildenafil along with alcohol (750 ml red wine, 13.5% by volume), or just sildenafil or just alcohol, it was a placebo-controlled 4-way trial. The cardiac parameter was checked every 15 minutes for up to 180 minutes. Red wine increased cardiac index (by 15% ± 8%, P = .04) and heart rate (by 27% ± 5%, P < .0001). Whereas average arterial pressure after sometimes increased by approximately 5% and then fell by a maximum of approximately 7%. Sildenafil decreased peripheral vascular resistance (by 24% ± 8%, P = .03) and mean blood pressure (by 7% ± 3%, P = .03) without effect on cardiac index or heart rate. Hence, the trial concluded that there is not clinically relevant interaction between alcohol and sildenafil from cardiology point of view [6].

Pulmonary is one of the difficult to treat conditions and sildenafil has emerged as one of the drugs being useful in combination therapy of this condition. In a clinical review by Lee AJ et al. titled “Sildenafil for Pulmonary Hypertension” data from 8 hemodynamic studies and 12 clinical trials was analyzed. The study found sildenafil to be well tolerated and effective agent for the treatment of pulmonary arterial hypertension [7].

Mode of action of sildenafil is dependent on activation of the nitric oxide–cGMP pathway at the time of sexual stimulation, resulting in smooth muscle corpus cavernosal relaxation and penile erection. Being classified as a drug for ED from PDE 5 (phosphodiesterase 5) inhibitor class means that it increases the concentration of cyclic guanosine monophosphate (cGMP) in cavernosal smooth muscles, with not only give an easy erection but also more often and harder.

Sildenafil is a vasoactive drug, which means it mildly dilates blood vessels, with penile and pulmonary arteries being more sensitive to it. Hence, this drug has also found a role in pulmonary arterial hypertension.

As with any sildenafil containing pill, PAH will increase the blood flow to male sexual organs, thus helping in coitus. It will help man to enjoy sexual activity more often and longer. More than 80% men can expect this drug to help them, while a smaller quantity of men may require treatment of a condition which led to ED.

Minimal dose effective for getting the hard erection in men suffering from erection problem is 25 mg, though it is recommended to begin the treatment with 50 mg and later adjust the dose according to the requirement. Data shows that most men will need something between 50 to 100 mg once daily. It should be taken just 60 minutes before sex.

Sildenafil cannot be expected to cure the impotence, but it rather just helps for few hours to get an erection hard enough for sex. It is quite a safe tab, thus could be taken for years, as and when one requires.

For pulmonary arterial hypertension, it is taken thrice daily in a dose of up to 20 mg [8].

Side effects of PAH by MSN labs won’t differ from any other sildenafil pills like Viagra or Kamagra, and in most cases would be limited to the blurring of vision for short time, congested nose, red eyes, lack of appetite.

Only warning associated with this drug is to avoid it if you had either a stroke or heart attack in recent health history. As stated that this drug is vasoactive and can have unexpected adverse effects in such cases.

Only one important interaction with PAH by MSN labs should be kept in mind. Never ever take it with nitrates (sublingual tab usually prescribed in heart condition called angina, to dilate cardiac blood vessels) as it has shown sharp fall in blood pressure even in healthy subjects, which may be dangerous if not fatal in some cases.

There are other common interaction, though they don’t cause very dangerous effects, but precaution should be taken, if on certain kind of blood pressure controlling medicines, taking antibiotics of macrolide groups, or treatment from a fungal infection by drugs like ketoconazole, itraconazole. Certain drugs used for the treatment of HIV may also interact with it.

It is advised to consult your treating doctor if you are taking some kind of medicine on regular basis.

Customer reviews for PAH by MSN labs are absent on the web, as the product is rarely used for the treatment of impotence. Then, the only way to know more about this product is to understand that this pill contains sildenafil. Hence, one can read online reviews either about sildenafil or one of the most common brands, namely Viagra.

Since PAH by MSN labs contains sildenafil, it will surely help, but as already mentioned that dosing could be a problem, as 20 mg won’t help many people suffering from ED.

PAH by MSN labs is quite cheaply priced, with 10 tablets costing less than 2 USD. Hence, even taking 2 tablets at a time for ED won’t cost much. But the only problem is that PAH by MSN labs is not available for sales outside India. Even in India it is not very commonly used the brand.

For most people looking for cheaper Viagra, the only option is to look for some other brand with good price and quality.

No doubt, any pill by a good manufacturer containing sildenafil will be highly effective in the ED treatment. But with PAH by MSN labs, the major problem is a low dose of 20 mg. This dosage has not been proven to be effective in patients. So, the only way to use PAH by MSN labs is to either take 2 tablets together or just go for another brand containing the right dose for the treatment of ED.

As already mentioned and obvious from the name of the brand, PAH by MSN labs is mainly for the treatment of pulmonary arterial hypertension, rather than ED. Hence, I would award PAH only 1 star out of 5. Simply speaking, better choose another brand, which is specifically made to treat ED. Taking 2 pills together is not a right option, moreover, many people need sildenafil up to 100 mg (thus taking 5 pills of PAH at a time is not possible and neither recommended).